In 2006, the Jordanian National Member Organization has joined the IFMSA global entity and ever since we, at IFMSA-Jo, have committed ourselves to serving our community through multiple activities, divided in four main global health areas: public health, medical education, human rights and peace and reproductive health. One of the aims of IFMSA-Jordan is to motivate medical students in all medical schools in Jordan to get involved in their communities through active participation in voluntary work, and to provide them with the necessary tools and skills to become successful future doctors and health leaders.It is guided by the vision of serving our community and reinforcing Jordan’s national health through igniting and uniting the knowledge and potentials of medical students.
Our mission is to serve the society and medical students in Jordan by empowering our members in using their knowledge and capacities, providing a link between members, medical students associations, and national and international organizations to encourage the cooperation between them for ultimate benefit of the society.

Vision
A world in which all medical students unite for global health and are equipped with the knowledge, skills and values to take on health leadership roles locally and globally.

Mission
IFMSA unites medical students worldwide to lead initiatives that impact positively the communities we serve. IFMSA represents the opinions and ideas of future health professionals in the field of global health, and works in collaboration with external partners. IFMSA builds capacity through training, project and exchanges opportunities, while embracing cultural diversity so as to shape a sustainable and healthy future.

IFMSA is the worlds oldest and largest independent organization representing associations of medical students internationally. It currently maintains 127 National Member Organizations from more than 119 countries across six continents with over one million students represented worldwide. IFMSA is recognized as a non-governmental organization within the United Nations system and the World Health Organization and as well, it works with the World Medical Association.

IFMSA was created to impact the world and to empower its members in taking their vision and ideas, and making them a reality. IFMSA has inspired generations of medical students to develop the leadership abilities and skills to take on challenges and to improve the world around them in an early yet crucial period of their career. Engaging in IFMSA encourages both professional and personal collaborations irrespective of geographical, social, cultural, religious, racial, sexual and political differences. As a result, future doctors are becoming more culturally aware and sensitive physicians.

The IFMSA experience shows students that they are not merely passive subjects in a rapidly globalizing world but rather valuable individuals with a potentially powerful role to play in global health. IFMSA hence offers medical students a taste of the real and pressing health issues worldwide, and help them learn that their idealistic goals can be achieved with readily attainable knowledge and commitment.

In IFMSA, the emphasis is placed on students returning to their local environments with new ideas and the skills to implement them. As the doctors of tomorrow and future leaders of health, we feel confident that our students will carry this spirit with them throughout their professional lives so that they positively impact the communities they serve. 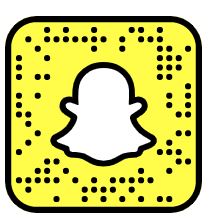 Point the SnapChat camera at this to add us to SnapChat.